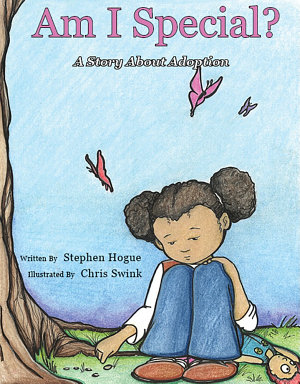 Am I Special by Stephen Hogue

“Am I Special is a wonderful illustrated book that exposes kids to the amazing world of adoption. It focuses on one day in the life of a precious little girl named Josie. Josie is five years old and learning new things everyday. She learns from her family that ordinary things are “special”. After finding out what special means, she wonders if she is special, because she was adopted.  She comes to find out that she wasn’t abandoned; she was chosen.”

“Henry Brown doesn’t know how old he is. Nobody keeps records of slaves’ birthdays. All the time he dreams about freedom, but that dream seems farther away than ever when he is torn from his family and put to work in a warehouse. Henry grows up and marries, but he is again devastated when his family is sold at the slave market.”

“Then one day, as he lifts a crate at the warehouse, he knows exactly what he must do: he will mail himself to the North. After an arduous journey in the crate, Henry finally has a birthday — his first day of freedom. Henry “Box” Brown became one of the most famous runaway slaves on the Underground Railroad. His true story is retold with poetic grace by Ellen Levine, a Jane Addams Peace Award-winning author, and illustrated by Kadir Nelson, a Coretta Scott King Award-winning artist.”