“Only the very weak-minded refuse to be influenced by literature and poetry.”
― Cassandra Clare, 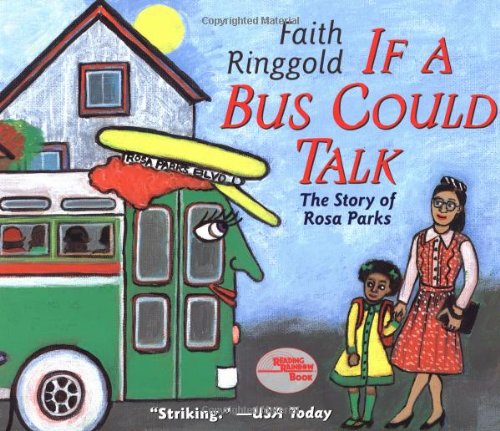 “If a bus could talk, it would tell the story of a young African-American girl named Rosa who had to walk miles to her one-room schoolhouse in Alabama while white children rode to their school in a bus. It would tell how the adult Rosa rode to and from work on a segregated city bus and couldn’t sit in the same row as a white person. It would tell of the fateful day when Rosa refused to give up her seat to a white man and how that act of courage inspired others around the world to stand up for freedom.
In this book a bus does talk, and on her way to school a girl named Marcie learns why Rosa Parks is the mother of the Civil Rights movement. At the end of Marcie’s magical ride, she meets Rosa Parks herself at a birthday party with several distinguished guests. Wait until she tells her class about this!”