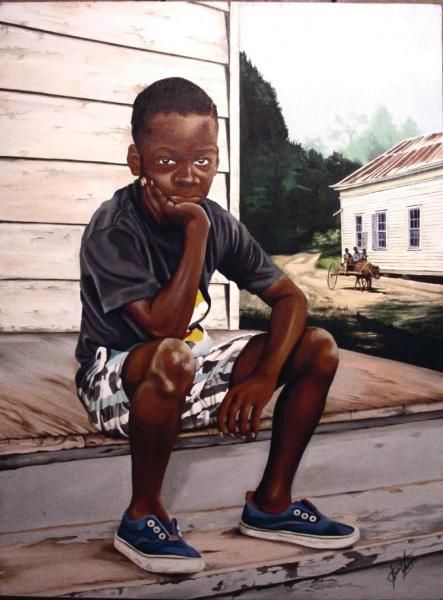 Let’s stop handing out these “boy passes”. Let’s stop making excuses for meager behavior, physically aggressive encounters, and poor performance because “he” is a “boy” and that’s what boys do. The lack of support and accountability for our boys creates broken men who feel as though the world owes them something. When no one owes you a thing sir.

Recently, I’ve witness the “boy pass” being given out on nearly a daily basis.Oh he punched him in the face? Tell the victim to suck it because that’s just what boys do. Toughen up son. Oh he had an emotional outburst and kicked the wall? Boys just don’t know how to deal with their emotions. It’s just what boys do. Is that what boys do or is that what we allow boys to do? There is a clear difference.

Let’s teach our boys that popping a girls bra into her back, looking up her skirt, kissing her without permission, and hitting her because you like her will get them closer to the sex registry list than it would to the altar. It’s not okay. If I had a dollar for every time I was touched or talked to inappropriately as early as the 5th grade, I would be drinking mimosa’s in Spain as I type. I have a 4-year-old son and “boy passes” are not given in my house.

My son will learn to regulate his emotions. Boys are allowed to cry and hurt. They are human. But his emotions will not give him the “go ahead” to mistreat others whether that’s in a verbal or physical manner. You regulate them. I will support him, guide him, and show him how to regulate these feelings in the manner any human being should. He is allowed to take time for himself, to cry if he needs to, or to scream in a confined space if necessary. But he is not allowed to be an asshole because that’s just what boys do. Not my boy.

The word for the day is accountability. The word for the week, year, decade, and beyond is accountability. Girls are held accountable even when they are not the aggressor or perpetrator. If they are sexually assaulted it’s because they must have been asking for it. If boys can’t concentrate in school because a girl’s shoulders are exposed then it’s the girls responsibility to change her attire. Why? Girls are scolded for some of the very things that boys are often praised for.

No more looking stupid when we see broken men because we had the opportunity to heal and support them in their youth. No more allowing them to throw a rock and hide their hand. No more stupidity. No. More. Boy. Passes. Period.